“Bonnie Brae” is Gaelic for “Pleasant Hill,” and there isn’t a better way to describe this idyllic Denver community. If you’re looking for a peaceful suburban feel combined with the convenience, history, and authenticity of urban living, this is the neighborhood for you. Located only minutes from Cherry Creek and Downtown Denver, it’s a tranquil retreat from the city's hustle and bustle. It’s located near the major roadway University Blvd., and is also easily accessible by I-25, the state’s primary arterial. The charming Bonnie Brae is within proximity to the city, yet it doesn’t sacrifice suburban living's advantages.

Established in 1922 and developed in the 1940s and 50s, this close-knit community is comprised of around 700 homes and sits on less than a square mile of land. The community boasts an organized neighborhood association (which issues a quarterly newsletter) and partners with an active Merchants Association, with its City Council, and with the City of Denver. Every year the community holds a picnic for its residents, a testament to the neighborhood’s strong sense of community (1). The community also provides a home to a host of charming businesses such as the famous Bonnie Brae Ice Cream parlor, serving homemade, old-fashioned ice cream for around 30 years (2). Locals love the triple death chocolate, cappuccino crunch, and of course the old-fashioned vanilla, all of which have been made on-site with the best ingredients since the store’s inception in 1986. Additionally, the Bonnie Brae Tavern has been in operation since 1934, after its original owner, Carl Dire, converted his gas station into a bar with four booths and eight stools. Dire’s family did all of the cooking for years, and the tavern has become known for its legendary pizza (1). Another local restaurant is the Saucy Noodle Ristorante, which has been operating since 1964. It serves up authentic Italian dishes from family recipes and operates under the slogan, “If you don’t like garlic...go home!” (3).

Even the local gas station has a storied history. The Bonnie Brae Conoco owner, Gene Wilson, has operated his store for 31 years, while the store has been in his family for much longer, dating all the way back to 1942. Continuing in its trend of old fashioned service and quality, this gas station not only provides a pit stop to gas up and reenergize they also specialize in car maintenance (1).

This picturesque community features a wide variety of single-family homes ranging from English Tudors, Cape-Cods, and colonials, to newly constructed, custom contemporaries. These homes were mostly built during the 1930s and 40s. Although the great depression slowed down the development, the extra time to experiment with architectural design benefitted Bonnie Brae in the long run. The European influenced Art Moderne and International styles of architecture were utilized during construction, reliant upon the sentiment that “less is more” (1). As such, curved corners with horizontal lines are evident; the curvy streets are lined with mature trees and surround an elliptical-shaped park, giving the area a stately feel. Bonnie Brae is a highly sought after neighborhood, which is no surprise given all it has to offer. 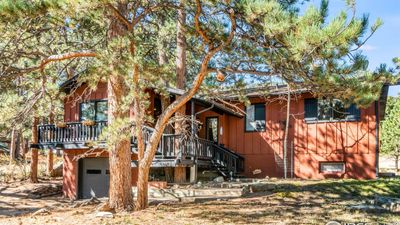 Please remove some of the selected filters.