Named for the large rock formation that lies just outside of its downtown area, Castle Rock is a growing community located on the I-25 corridor. It’s located south of Denver and north of Colorado Springs, and both of these cities are easily accessible from Castle Rock via I-25. It is also a popular place to commute to the Denver Technological Center (DTC) from. The community is known for its suburban atmosphere, yet is also within close proximity to Denver and its surrounding counties.Originally home to Native Americans of the Arapaho and Cheyenne tribes, the area drew colonial settlers in the mid nineteenth century with rumors of gold. However, it was rhyolite stone, not gold, that led to the town’s settlement, and a booming rhyolite quarry operated in the town from the late nineteenth century to the early twentieth. In 1875 the Rio Grande Railway opened a train depot in the town, and this depot now houses the Castle Rock Historical Museum where visitors can relive the town’s Old West origins (1).

Today, Castle Rock is the county seat of the large and prosperous Douglas County. It’s home to many government and administrative offices, as well as the county courthouse. It’s easy to enjoy all the sunshine that Castle Rock offers with the community’s 34 miles of hiking trails, 2,400 acres of open space, and 18 parks (covering 251 acres of land). There is also an 80,000 square-foot recreation center that offers a wide range of activities for residents.The city of Castle Rock has received many accolades:

Castle Rock offers a wide range of residential real estate. Affordable starter homes begin at around $200,000 and customized, luxury homes can be found for several million dollars. Of course, there’s many different options in between, and this area remains popular for both families and working individuals who are looking for a lower cost of living than can be found in other places in the Denver metro area. Castle Rock is a beautiful town that has an incredible amount of housing options, which makes it easy to find something for even the most selective customer. 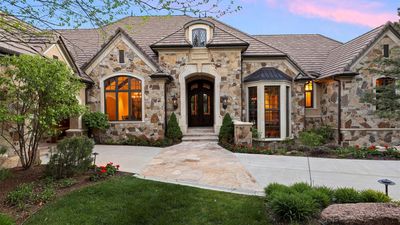