Located only five miles east of downtown Denver and 5 minutes from the Cherry Creek shopping center, Mayfair is one of Denver's oldest neighborhoods. It retains a historical presence to this day. The borders of the neighborhood are Colfax, Monaco, 6th Avenue, and Eudora (1).

The location is close to the National Jewish Hospital and Rose Medical Center and the Denver Zoo, Museum of Nature and Science, Gates Planetarium, and City Park. Mayfair boasts an active Neighborhood Association that fosters a close-knit community, giving the area a small-town feel. The association sponsors activities like a neighborhood garage sale and an annual Concert in Mayfair Park, including live music and entertainment for children such as professional face painters and balloon artists. The community also issues a quarterly newsletter, the Mirror, to keep residents updated on neighborhood news (1).

A recent Denver Post article interviews a Mayfair resident, who describes his 15+ year tenure there fondly, referring to Mayfair as “one of Denver’s best-kept secrets,” and noting the amount of younger residents moving to the neighborhood and scrapping the aging bungalows in favor of larger homes. Residents of Mayfair love its short distance from Denver, Cherry Creek, and Stapleton, and its lack of overcrowding and parking shortages (2).

There’s an incoming surge of restaurants and shops in the area, many of which are already making names for themselves as some of the best in Denver. The Chop Shop has paved the way for new restaurants by showing the locals what it’s like to have some of the best ribs, pastrami, and french dip in town. As such, the voters have already approved the creation of the Fax-Mayfair Business Improvement District to continue developing the area and adding more restaurants, shops, and businesses. This is another neighborhood that’s perfect for those looking to be close to urban living conveniences, who also want to enjoy the cozy air of a friendly community. With the growth and further improvements coming Mayfair’s way, it may not be Denver’s best-kept secrets for long, but you can count on the communal atmosphere and laid-back attitude that has benefitted the neighborhood for years. 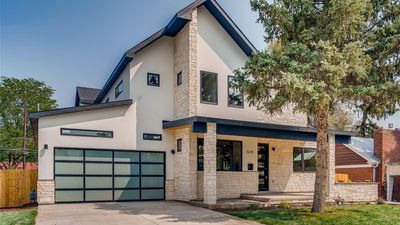 Please remove some of the selected filters.
1 2 3