The Sloan’s Lake neighborhood surrounds the picturesque Sloan’s Lake Park and lake. Located on the northwest side of Denver, the boundaries of this neighborhood are (approximately) 26th Ave. (north), Raleigh St. (east), 17th Ave. (south), and Sheridan Blvd. (west.)The history of the lake is shrouded in mystery and its creation is not officially known. There are no tributaries flowing into the lake, and it did not exist during the settlement of Denver in the mid nineteenth century. Local legend has it that the homesteader Thomas F. Sloan, who received a patent for the land from President Andrew Johnson in 1866, dug a well on the land and unknowingly tapped into an underground aquifer and awoke the next day to part of his farm covered in water (1)

.The lake was once larger than 200 acres and extended both north and west beyond its current size, but portions were later filled in. The area was also home to the first amusement park and swimming facility built west of the Mississippi River, Manhattan Beach, which operated from 1881 to 1908 before burning down. It was rebuilt in 1908 as Luna Park but competition from other attractions such as Elitch Gardens and Lakeside Amusement Park caused it to close down permanently in 1914 (1).

Presently, the lake is around 177 acres and is the second largest park in Denver. It boasts numerous trails and sidewalks for walking/running/hiking/biking, a playground, tennis and basketball courts, and fishing and boating on the lake itself. Furthermore, the lake is big enough for water-skiers to take their boats out, which is an incredible luxury to have in one of the bigger cities in the United States. There have also been several small yet significant upgrades to the park, including a sandy beach area by the boat launch, and a little marina on the far side of the shore. The park and lake are home to various events throughout the year including the annual Dragon Boat Festival which celebrates Asian-American culture (2).

This beautiful neighborhood is close to downtown Denver and all it has to offer, with many businesses, shops, and restaurants in the area. Check out the Sloan’s Bar & Grill for some of the best American classic and pub fare on the front range. This vintage tavern setting often has live music, karaoke, or trivia, but it always has a great happy hour and Pulled Pork Benedict. Another place to try is bang!, which was featured on the Food Network show Diners, Drive-Ins, and Dives. This restaurant features Southern-inspired country food that always leaves its guests satisfied; local favorites include the sweet potato bread, meatloaf, and gumbo. Then there’s Thailicious, which prides itself on being “a creative Thai eatery.” Ran by real Thai immigrants, the restaurant puts a spin on Bangkok-style cuisine, letting its curry fuse into other ingredients slowly, resulting in savory flavors. As such, they have mouth-watering Drunken Noodles and Pad Thai to enjoy while gazing upon the panoramic view of the lake and cityscape. Whether you’re single, a couple, or a family, the thriving Sloan’s Lake neighborhood has many different options to satisfy the needs of its residents and and entice prospective buyers.

Bungalows, working class Victorian’s, Denver Squares, blonde ranches and newly constructed modern duplexes, condos and row homes line the streets of Sloan’s Lake. Prices start in the $200,000 for a modest home with prices rising steadily depending on proximity to the lake, views of Denver and type of construction. While the average home price in the neighborhood is $259,000, it tends to vary a great deal. 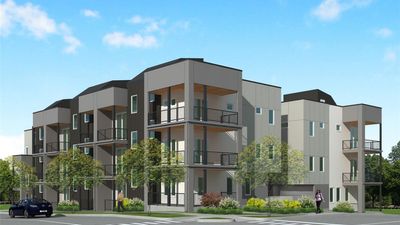 Please remove some of the selected filters.
1 2 3 4
The content relating to real estate for sale in this Web site comes in part from the Internet Data eXchange (IDX) program of METROLIST, INC., DBA RECOLORADO®. Real estate listings held by brokers other than [insert IDX Subscriber’s firm name here] are marked with the IDX Logo. This information is being provided for the consumers’ personal, non-commercial use and may not be used for any other purpose. All information subject to change and should be independently verified. This publication is designed to provide information regarding the subject matter covered. It is displayed with the understanding that the publisher and authors are not engaged in rendering real estate, legal, accounting, tax, or other professional services and that the publisher and authors are not offering such advice in this publication. If real estate, legal, or other expert assistance is required, the services of a competent, professional person should be sought. The information contained in this publication is subject to change without notice. METROLIST, INC., DBA RECOLORADO MAKES NO WARRANTY OF ANY KIND WITH REGARD TO THIS MATERIAL, INCLUDING, BUT NOT LIMITED TO, THE IMPLIED WARRANTIES OF MERCHANTABILITY AND FITNESS FOR A PARTICULAR PURPOSE. METROLIST, INC., DBA RECOLORADO SHALL NOT BE LIABLE FOR ERRORS CONTAINED HEREIN OR FOR ANY DAMAGES IN CONNECTION WITH THE FURNISHING, PERFORMANCE, OR USE OF THIS MATERIAL.PUBLISHER’S NOTICE: All real estate advertised herein is subject to the Federal Fair Housing Act and the Colorado Fair Housing Act, which Acts make it illegal to make or publish any advertisement that indicates any preference, limitation, or discrimination based on race, color, religion, sex, handicap, familial status, or national origin.METROLIST, INC., DBA RECOLORADO will not knowingly accept any advertising for real estate that is in violation of the law. All persons are hereby informed that all dwellings advertised are available on an equal opportunity basis. © 2020 METROLIST, INC., DBA RECOLORADO® – All Rights Reserved 6455 S. Yosemite St., Suite 500 Greenwood Village, CO 80111 USA ALL RIGHTS RESERVED WORLDWIDE. No part of this publication may be reproduced, adapted, translated, stored in a retrieval system or transmitted in any form or by any means, electronic, mechanical, photocopying, recording, or otherwise, without the prior written permission of the publisher. The information contained herein including but not limited to all text, photographs, digital images, virtual tours, may be seeded and monitored for protection and tracking. Updated: 1st March, 2021 2:40 AM